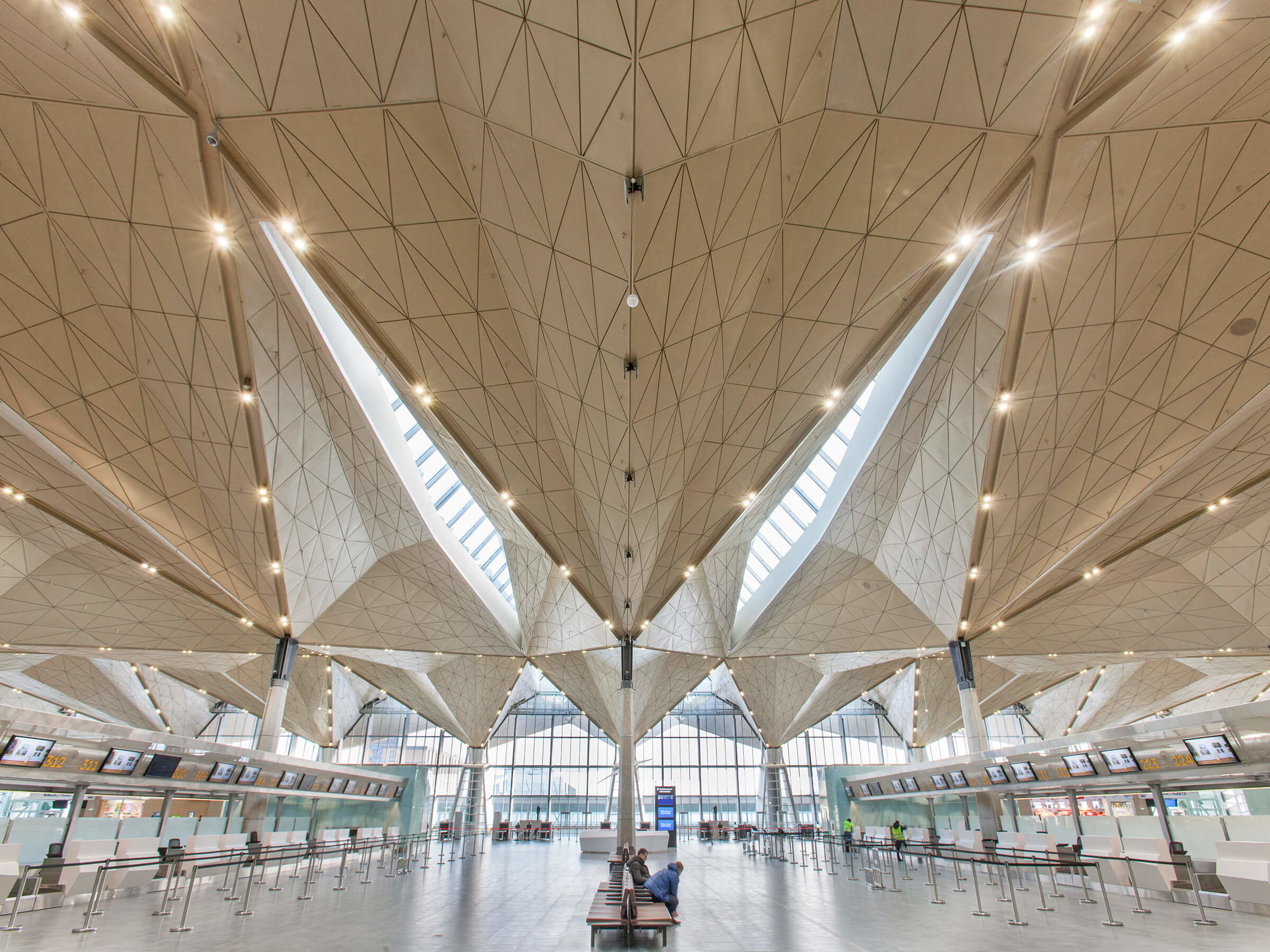 Redefining Airport Assistance Services, we at JODOGO aim to make your experience at the Pulkovo Airport smooth, hassle-free and one worth remembering. Our team, expertized at giving you a notable and luxurious VIP-like experience from the moment you step into the airport until you reach the destination, takes care of all the travel formalities, be it international or domestic, while you can sit back and relax.

Pulkovo Airport, constantly updating and bettering its services for the best passenger experience, has a wide range of facilities and activities to offer to you and your family for a seamless and safe time during your layover or transit.

Pulkovo is an international airport serving St. Petersburg, Russia. It consists of one terminal which is located 23 km (14 mi) south of the city centre.The airport serves as a hub for Rossiya Airlines and as focus city for Smartavia. It is responsible for serving the citizens of Saint Petersburg, as well as the Leningrad Oblast: a total of 6,120,000 people. It is the twelfth-busiest airport in Europe.

Pulkovo Airport was officially opened on June 24, 1932, as a state-owned domestic airport. According to provisional figures for 2017, 16,125,520 passengers passed through the airport, a 21.6% increase over 2016. This makes Pulkovo the 4th busiest airport in Russia and the post-Soviet states. Pulkovo is one of the largest airports in Russia and Eastern Europe.

From 2020, the number of destinations are expected to increase rapidly, with up to 75% increase in passenger numbers forecast. This follows a five-year test agreement permitting non-Russian airlines to operate flights from multiple European destinations into the airport under an OpenSkies/Seventh-freedom traffic right The test follows an easing of visa requirements for many European nationals wishing to visit the St Petersburg region designed to increase tourism to the city through the airport.

Book your airport assistance services with JODOGO now to avail a smooth, hassle and worry-free experience at Pulkovo Airport with our professional service.

Comfortable meeting rooms are located in the VIP-lounge of Pulkovo airport. It offers standard meeting rooms and superior rooms for meetings in a less formal setting. The airport staff will provide you with all the necessary assistance in organizing the event. Clients have access to the menu and the PMI-Sky Bar bar card. To book meeting rooms, it is not necessary to buy a plane ticket or be a VIP-lounge client. The service can also be used by those who meet their business partners who have arrived in St. Petersburg for a short period of time.

If you need assistance at the Pulkovo Airport, we at JODOGO are always ready to help. With our airport assist services, you can save time and explore instead of standing in queues and missing out on experiencing the activities Pulkovo Airport has to offer to its passengers. Enquire by contacting JODOGO directly at +1(325) 225 5550 or book the services you want through the request form, after which you will receive a confirmation call from our representatives as soon as possible.

Wheelchair Assistance is a special assistance service offered by JODOGO. To avail this, a request has to be made when you book for our services through the request form (https://jodogoairportassist.com/request/create). You can also request Airport Wheelchair Assistance at Pulkovo Airport through the Booking Office from where you have done your booking/ticketing.

You can also enquire about more services offered by JODOGO at Pulkovo Airport through our request form:

Our Meet and Greet services include a representative who will meet you at the decided meeting point within the airport terminal building or any other specified point* as requested with a name card and a bouquet of flowers (if requested) and guide you to the required gate for departures/ transfers.

Wide range of shopping options will keep you busy while waiting for your flight. Whether picking up souvenirs, indulging in designer brands, or purchasing books and chocolates—there really is something for everyone.

Pulkovo International Airport is one of the largest airports in Russia. We serve up to 20 million passengers annually.The airport is recognized as the best in Europe in terms of passenger service quality. We offer our partners discounts on packages of the most popular services among our passengers. Thanks to the partnership, the hotel guest will be able to arrange the necessary package of services in advance and arrive at the airport in a great mood and in complete peace of mind.

With numerous selections of bars, cafes, and restaurants serving delicacies from around the world, you don’t have to leave the airport to go on a culinary adventure.Some of the hotel’s Alma Valley, Beer & Tapas by Stroganoff, BREW'D, BUD Burger, Burger King, coffee court.